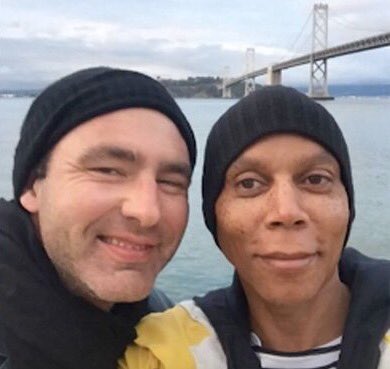 Talking about their 23 year relationship, which stretches back to 1994, Ru was asked if they would ever get married, and that’s when he surprised everyone.

“You know what?” he said. “I don’t think I’ve said this on television before. We are married.”

“I met him on the dance floor at Limelight in 1994 on his birthday,” he explained. “So we got married on his birthday on the anniversary of when we met… so this year in January.”

Congrats to the happy couple!

Watch Ru share the news below at the 1:25 mark.