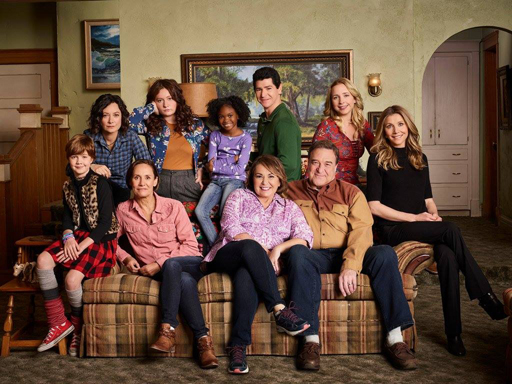 A possible second life for ABC’s hit sitcom Roseanne is looking more and more likely according to The Hollywood Reporter.

Sources tell The Hollywood Reporter that Roseanne Barr has agreed in principle to walk away from the characters she helped create in order to allow Roseanne’s cast and crew to pursue a spinoff in the wake of the show’s May cancellation due to her racist tweets.

ABC and producer Carsey-Werner are insisting that Barr not participate financially or creatively in the proposed spinoff, which is said to revolve around the character played by Sara Gilbert. Other Roseanne writer-producers and castmembers, including John Goodman and Laurie Metcalf, are said to be tentatively on board (they would receive the same fees as previously negotiated for the second season of the Roseanne revival, which was ABC’s top-rated program this season).

But since Barr would be entitled to substantial fees and backend on any spinoff of Roseanne (the original series was created by Matt Williams, but it is also credited as being “based upon a character created by Barr”), she must waive those rights before any such show could proceed.

According to THR Roseanne is tentatively negotiating a one-time “go-away-money” payout.

Behind the scenes Barr is said to be contrite over how her racist tweet about former White House adviser Valerie Jarrett torpedoed the newly-rebooted show which became the #1 sitcom on ABC this past season.

Gilbert, Goodman and Metcalf would receive their contractual $300,000 per episode salaries.