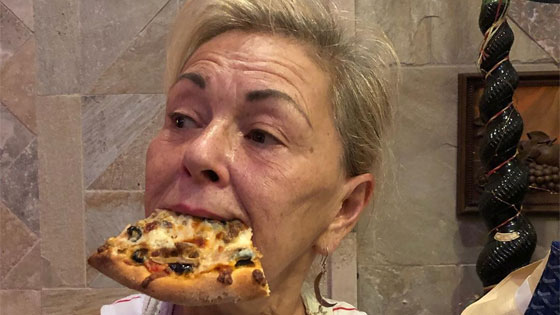 Roseanne Barr tells the Daily Mail she was fired from the successful reboot of her sitcom Roseanne because she supports Donald Trump and Hollywood hates him.

‘When it happened it was like I thought I was gonna lose my life,’ she recalled. ‘It was devastating and horrible and is unprecedented too that they would do that to me.’

She feels like there is more to her departure from ABC than just the shocking social media post and wonders if there was some sort of conspiracy at play.

Barr reckons that her continued support of President Donald Trump played into ABC’s decision to boot her.

‘All of Hollywood, they just hate him and they hate those of us who like him. There is no way around it.

‘So, yeah, I think they took me off because I liked him and I like him because I’m a Jew and he likes Israel,’ Barr said matter-of-factly.

In the aftermath of referring to former Obama administration adviser Valerie Jarrett an ape on Twitter, Barr was fired from her own show. The series was initially cancelled but then revived as a spin-off, The Connors. The revamped series is now heading into its second season.

Barr, who is about to begin a comedy tour with Andrew Dice Clay, says she is not in contact with any of her former cast mates.