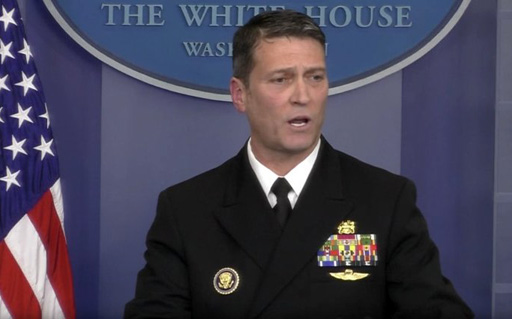 Politico is reporting Dr. Ronny Jackson will not return to his position as the White House physician after his nomination to head up the Department of Veterans Affairs was derailed by a series of negative reports.

Jackson bowed out last week after Montana Sen. Jon Tester, the top Democrat on the Veterans’ Affairs Committee, released a document summarizing allegations by current and former colleagues that Jackson overprescribed pills, drank on the job and created a hostile work environment. Jackson has denied the allegations and has returned to work in the White House Medical Unit.

The revelations about Jackson, who served as physician for both George W. Bush and Barack Obama, caught many in the West Wing by surprise.

Even before the Tester allegations surfaced, Republican and Democratic senators had voiced concern about the nomination because Jackson had no experience running an organization as complex as the VA — the second-largest federal agency, behind the military.

Trump had sent mixed signals about Jackson’s nomination when the allegations initially surfaced, telling reporters that he “personally” wouldn’t keep seeking confirmation in the same situation but that the decision was up to the doctor.

Montana’s @jontester put veterans above politics. If Trump is confident in Jackson, re-nominate him and let the truth come out at the hearings. Otherwise, let’s thank @jontester for standing up to the WH bully.