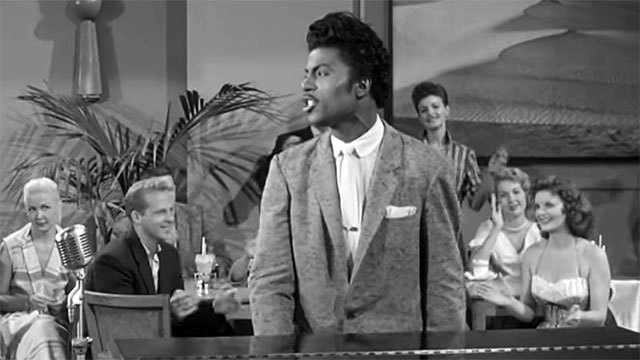 Little Richard, the raucous 1950s music star whose 1950s hits help launch the rock and roll revolution, has died at the age of 87.

The musician, whose birth name was Richard Penniman, was 87, although some sources say he was older. His death was confirmed by his son, Danny Jones Penniman, who told the New York Times the cause was cancer.

Pompadoured, mustachioed, slathered with pancake makeup and popping his mascara-painted eyes — “Ooh my soul, I’m the prettiest man in rock ‘n’ roll,” he declaimed — and graced with an ego as outsized as his personality and his voice, the daringly androgynous musician established himself as the wildest performer of his musical era.

Little Richard was an inaugural inductee in the Rock and Roll Hall of Fame in 1986 and was honored with a Grammy Lifetime Achievement Award in 1993.

Over the years, the flamboyant artist seemed to have had a complicated relationship with his own sexuality.

Ebony reports in 1995 he told Penthouse Magazine, “I’ve been gay all my life and I know God is a God of love, not of hate.”

In 2012, he shared with GQ Magazine, “We are all both male and female. Sex to me is like a smorgasbord. Whatever I feel like, I go for. What kind of sexual am I? I am omnisexual!”

But then in 2017, during an interview with Three Angels Broadcasting Network, he seemed to recant it all:

“Anybody come in show business, they’re going to say you’re gay. Are you straight? Are you a homosexual something? They’re going to say it. But God, Jesus, he made men, men, he made women, women, you know? And you’ve got to live the way God wants you to live.”