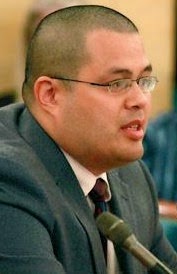 “The completely petulant and histrionic response from gay parents like Ryan Murphy to Dolce & Gabbana’s comments can give average Americans a small taste of what children in such homes will have to deal with. You can’t be a good parent and want to have absolute control over what your kids think and feel, in addition to what the whole world thinks and feels about you and your kids. It’s a recipe for emotional abuse of whoever is under your power.

“Look at the punitive urge, the lust for vengeance, the despotism. That is what I see in Ricky Martin, Jeremy Hooper, Ryan Murphy, and Elton John.

“These are men who will terrorize human beings if they can, if they are within their striking distance. They acquired children the way they get everything they want in all aspects of their lives: through economic leverage, intimidation, and sheer arrogance.

“Imagine being a helpless and confused child longing for a mom, and being under the power of a dad who throws out clothing and calls for all-out destruction of anyone who hints that you have lost something by being denied a mom.

“Imagine not one such man lording over you, but two. This is horrible. These people are disgusting.”

He’s practically frothing at the mouth by the end of it all.

And by the way – “through economic leverage, intimidation, and sheer arrogance?” Sounds like Congressional Republicans to me…

All this from a gay man who:

• Co-signed an anti-gay brief to the Supreme Court in support of DOMA.