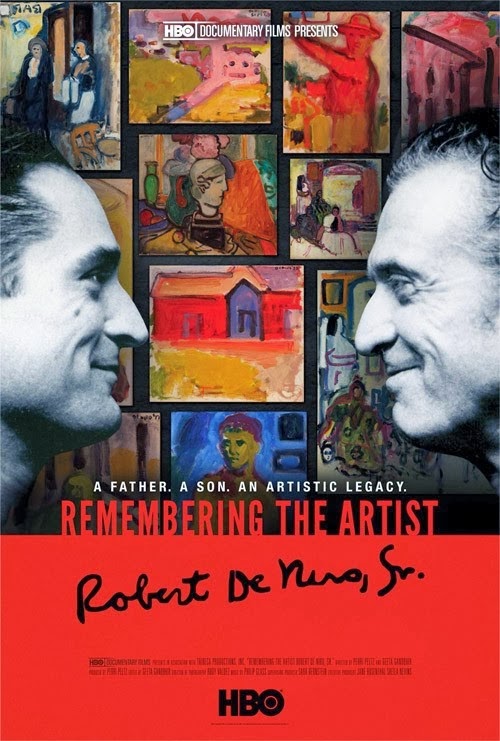 The Hollywood Reporter has details:

Robert De Niro the actor has never been particularly forthcoming about his personal life — nor anything else, for that matter. The very private New York-based Oscar winner rarely gives interviews or shows up at events.

But for the first time, he reveals a great deal of his youth and upbringing, his early family life, and his relationship with his father, the late figurative painter Robert De Niro Sr., in Remembering the Artist Robert De Niro Sr.

It will make its television debut in June on HBO, and its Sundance debut was met with enthusiasm, curiosity — and surprise. Robert De Niro Sr., we learn, was part of the post WWII set of New York painters — Jackson Pollack, Lee Krasner, etc — and he enjoyed initial success by being championed by Peggy Guggenheim at her New York gallery Art of This Century in the ’50s.

Actor De Niro appears in the film, reading from his father’s very personal journals (which reveal he left De Niro’s mother, also a painter, when he realized he was gay) and talking about watching his father paint as a child.