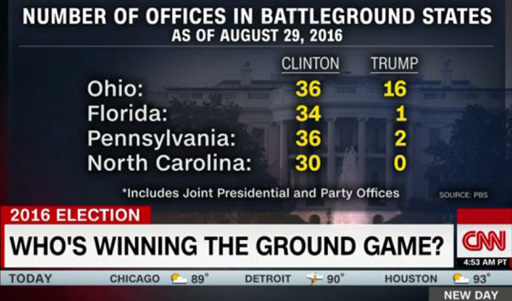 Raw Story is reporting on an aspect of the presidential race that highlights yet another big difference between the Clinton and Trump campaigns – ground game:

“First of all, and I don’t mean to be facetious when I say this, but offices don’t vote — people do,” Spicer said. “What we learned from Obama in ’12, Obama looked really comprehensively at the Bush-Cheney ’04 model (and) figured out what they did well and improved upon that. What we did at the party is looked at what they did and improved upon that, and that’s what we focused on, which is voter contact, getting people trained, out into the field, making contact with voters, persuading them, registering, understanding more about them.”

From what I understand, these offices and local teams can track which registered voters have and have not voted in early voting, and can then target those registered Democrats who haven’t voted to get out to the polls.

Clearly two very different approaches. I will be fascinated to see how Election Day turns out and how much ground game comes into play.

How Do They Get Those Awesome Action Shots In The Movies? 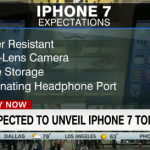 iPhone 7 Announcement Today - What To Expect 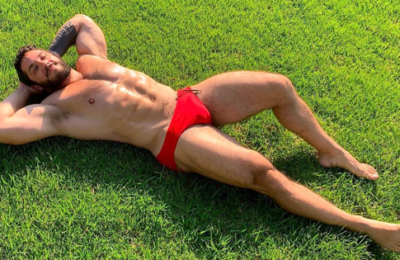 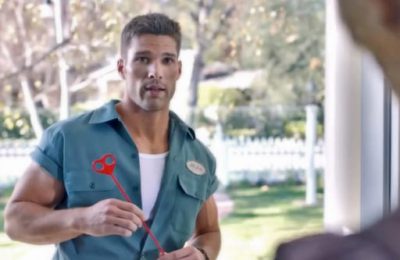 Plumber Hooks Up With Closeted Gay Man Then Attempts Blackmail Him