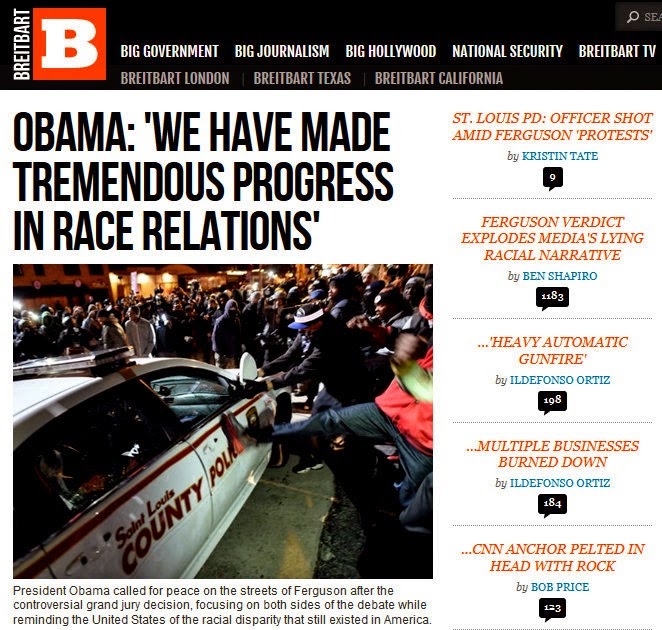 Last night as President Obama addressed the nation in an effort to stem anger and violence over the lack of indictment in the shooting of Ferguson teenager Michael Brown, conservative blogging site Breitbart chose to ridicule the president by juxtaposing his comments with graphics of the violence happening in Ferguson.

The president was trying to offer leadership and express that while America has made progress in race relations, there’s clearly more work to do.

And this is what he gets.