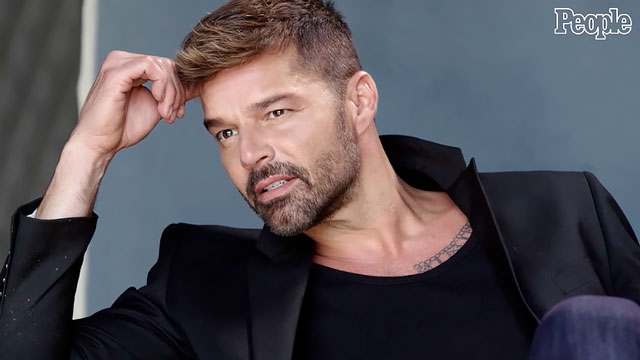 PEOPLE Magazine shares more of their Pride Month cover interview with international pop star Ricky Martin, this time focusing on that ‘other’ part of his career.

Some folks forget that after becoming a breakout star of the boy band Menudo, Martin shifted gears with some acting roles.

For two years, he was the frequently shirtless bartender Miguel Morez on the iconic soap opera General Hospital in the mid-90s.

He also scored on Broadway playing “Marius” in the mega-hit musical Les Miserables and returned to star as “Che” in the 2012 revival of Evita.

Martin returned to TV that same year to guest on the then-red-hot GLEE.

His next major acting gig, in 2018, was also a Ryan Murphy production, The Assassination of Gianni Versace. He scored an Emmy nomination for the role — and after the laudation was hoping for more prestige acting offers. He’s still waiting.

A few years ago, Martin was told by a music label executive that he’d be selling more records if he’d never come out.

“That was something that really affected me. And I was like, ‘Am I really dealing with this? They’re not playing my music in this country because I’m gay? Is this really happening?’ We’re talking about four years ago. This executive doesn’t work for the record company anymore. He was fired. But I felt it. It hit me hard.”

“I don’t know if I’m not getting parts because I’m gay,” he admits. “But if that’s the case, it’s really sad. I’m going to keep working until life is different.”