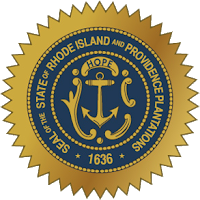 Many thought for a long part of the legislative debate, that marriage equality would come to pass. Chafee had urged the General Assembly to consider same-sex marriage this legislative session. But some legislators felt it would be doomed in a state populated by many elderly and Catholic voters.

Despite opposition from many marriage-equality advocates, the compromise legislation passed the Senate, 21 to 16, on Wednesday night during the General Assembly’s mad dash to finish its session.

Chafee said he signed the civil unions bill with “reservations” because it “brings tangible rights and benefits to thousands of Rhode Islanders. It also provides a foundation from which we will continue to fight for full marriage equality.”

He had two major criticisms of the civil union bill: that it failed to provide full marriage equality to same-sex couples and that it allowed religious entities to choose to not recognize civil unions.

The new law includes a section that says no religious organization — including some hospitals, cemeteries, schools and community centers — or its employees may be required to treat as valid any civil union, providing a religious exemption “of unparalleled and alarming scope,” Chafee said in a statement.

As a result, a civil union spouse could be denied the right to make medical decisions for his or her partner, access to health insurance benefits, property rights in adjoining burial plots or family memberships at some community centers. That could cause partners significant harm at critical moments in their lives, the governor said.

Neighboring states Connecticut and Massachusetts, as well as nearby Vermont and New Hampshire, allow full marriage for same-sex couples, leaving Rhode Island a bit of the odd man out in New England.

Hawaii and Illinois celebrated the passing of civil unions in their states, but Rhode Island was looked to be the next full marriage equality state.