Review Round up for the new production of Jerry Herman’s “Dear World” at Charing Cross Theatre in the UK:

Michael Billington from the Guardian writes: Betty Buckley, whom I last saw in Promises, Promises half a lifetime ago, lends the heroine the right air of dreamy dottiness, as if still inhabiting the Paris of the Belle Epoque. There is good support from Paul Nicholas as a benevolent sewerman, Peter Land as a leanly rapacious capitalist and Annabel Leventon as a park-bench habitue who hears more voices than Joan of Arc. It is not one of those Broadway failures like Sondheim’s Anyone Can Whistle that quickly acquires cult status, but Lynne stylishly evokes a fantasy Paris, and it’s hard not to warm to a show that suggests corporate greed and environmental destruction can be actively resisted.

Fourthwall Magazine writes: The score is stupendous from the get-go though. I’d never heard a note of it and could hum you great swathes and that’s before I downloaded the original Broadway cast recording this morning; Angela Lansbury stars, bonus! Betty Buckley stars here (double bonus) as a warm and wonderful, cookie Countess Aurelia. There’s a moment in Act 2 when the Julian of Stuart Matthew Price (top of his game, again) descends the stars holding a feather boa before role-playing Emile, the lost love of the Countess. I turned to the woman next to me and said, “Wow, what a scene!” I wonder who she was? We’re all going mad. She did agree, though.

Giles Cole from whatsonstage.com says: The remarkable Betty Buckley, as Countess Aurelia, presides over the stage with grace, aplomb and sheer Broadway presence, but it is only in the scenes with her fellow ‘madwomen’ that the show fuses into a true delight. Annabel Leventon and Rebecca Lock are glorious as sisters Constance and Gabrielle, and when these three ladies are onstage, one sits back happily and drinks in the wit, silliness and charm of the piece.

David Nice from theartsdesk.com states: Where it only took Sondheim’s Merrily We Roll Along 11 years to progress from flop to classic, Dear World has taken 44. Its time has finally come underneath the arches of Charing Cross in the intimate setting Herman always wanted, crowned this time by the supreme grace of Betty Buckley. 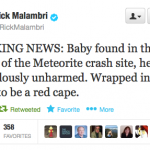 Tweet of the day: Baby found after meteorite shower 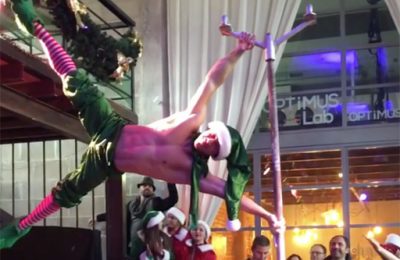 I guess it pays to shave… 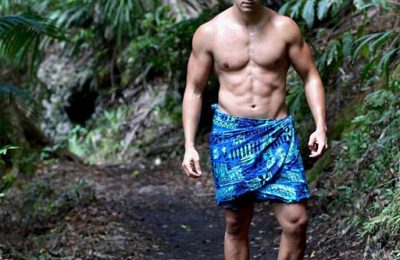