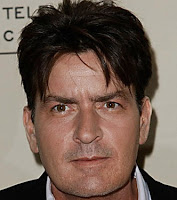 And the word is not good, apparently.

According to the L.A. Times, Charlie Sheen’s opening night in Detroit at the Fox Theater started out with an enthusiastic crowd, but as time went on it became more and more apparent that Sheen had not taken the time to develop an “act” for his paying audience. It seems ranting sound bites for youtube is a lot easier than being interesting for a paying audience.

From the L.A. Times: Whether Sheen was thrown off by the steadily increasing hostility in the audience is unclear. But the impression is that beyond the video content that made up more than 50% of his 70 minutes of stage time, there didn’t appear to be much of a plan. The Two and a Half Men debacle was referenced only in one or two indirect swipes.

Irrespective of the vague information supplied about the show in advance, it seems dishonest to promise a night of soul-baring and deliver a lot of rehashed Web fodder.

There’s a certain trainwreck fascination in watching a meltdown in progress, but this anthropological study of the homo loco species wore very thin very fast. And Sheen appears to have known it. As the booing, and the shouts of “Loser” and “You suck” grew more insistent, and the walkouts increased, he said he would take a music break and return when the crowd woke up.

Afterward, Sheen did not return (reports that he reappeared on stage after the end are false). House lights came up. No bow. Show’s over. Half the audience sat there looking stunned for a time, watching the road crew clear the stage. On the way out, I overheard someone say, “Dude, that was seriously the worst thing I’ve ever witnessed.”

Ticket sales were reported to be brisk in the initial announcement of the tour, but now there are reports that a lot of those tickets were bought by scalpers in hopes of a block buster event. Word is now out that tickets are now available through those same scalpers at less than original price.

Is anyone surprised at any of this?