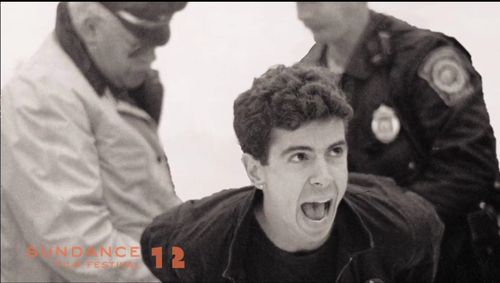 From Towleroad: Frank Bruni, former New York Times restaurant critic and current all-purpose NYT essayist, today published an excellent review of How To Survive a Plague, the new David France documentary which chronicles the worst days of the AIDS epidemic, particularly as it unfolded in New York, and particularly as seen from the vantage point of ACT UP and its spin-off, TAG. From the review:

[I expected] to cry, and cry I did: at the hollowed faces of people whittled to almost nothing by a disease with an ugly arc; at the panicked voices of demonstrators who knew that no matter how quickly research progressed, it wouldn’t be fleet enough to save people they loved; at the breadth and beauty and horror of the AIDS quilt …

I expected to be angry. Here, too, I wasn’t disappointed. The words of a physician on the front lines in the early days reminded me that “when people died in the hospital, they used to put them in black trash bags.” Many politicians mustered little more than contempt for AIDS sufferers. “There’s nothing ‘gay’ about these people, engaging in incredibly offensive and revolting conduct,” snarled Senator Jesse Helms …

But, Bruni reports, there’s a lot of beauty and heroism and hope here, too:

… 25 years ago, a tribe in desperate trouble did something that religious conservatives who can get their minds out of people’s crotches should in fact admire. It elected self-reliance over self-pity, tapping its own reserves of intellect, ingenuity and grit to make sure its members were cared for.

Take a look at the review, and watch David France talk about his film: