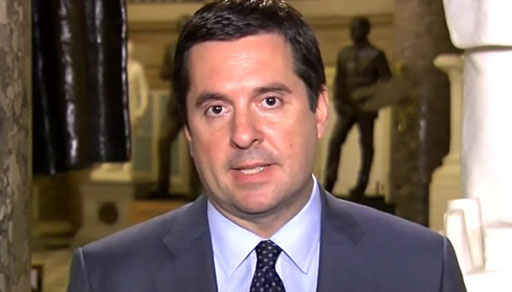 CNN is reporting Democratic and Republican lawmakers have reviewed the intelligence reports brought to light by Rep. Devin Nunes and found no evidence that Obama administration officials did anything illegal regarding the information.

Their private assessment contradicts President Donald Trump’s allegations that former Obama national security adviser Susan Rice broke the law by requesting the “unmasking” of US individuals’ identities. Trump had claimed the matter was a “massive story.”

However, over the last week, several members and staff of the House and Senate intelligence committees have reviewed intelligence reports related to those requests at NSA headquarters in Fort Meade, Maryland.

One congressional intelligence source described the requests made by Rice as “normal and appropriate” for officials who serve in that role to the president.

And another source said there’s “absolutely” no smoking gun in the reports, urging the White House to declassify them to make clear there was nothing alarming in the documents.