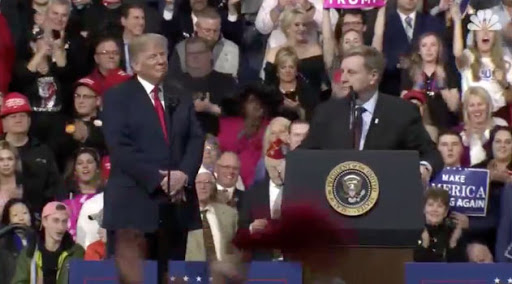 It turns out Trump doesn’t think much of Saccone and considers him a weak candidate.

From Jonathan Swan at Axios:

There’s a reason Trump said hardly anything about Republican candidate Rick Saccone during a rally in Pennsylvania on Saturday night that was supposed to promote his candidacy. The reason: Trump thinks Saccone is a terrible, “weak” candidate, according to four sources who’ve spoken to the president about him.

Trump held that opinion of Saccone before leaving for the rally, and I’ve not been able to establish whether his time on the ground with the candidate changed his mind.

• Democrat Conor Lamb is a far superior candidate to Saccone and running a far better campaign. Lamb is running effectively as Republican Lite. He’s pro-gun and says he personally opposes to abortion (though he supports abortion rights).

• The thing that most irks senior Republicans involved in the race: Saccone has been a lousy fundraiser. Lamb has outraised Saccone by a staggering margin — nearly 500 percent.