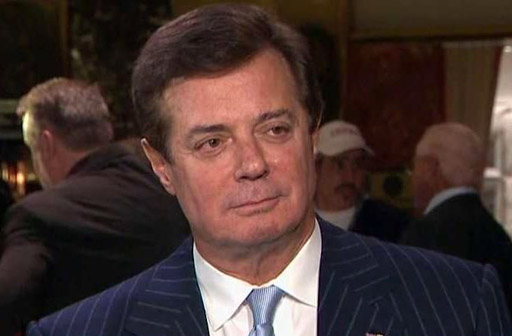 Mr. Manafort’s “crimes and lies” during a series of interviews with prosecutors working for the special counsel, Robert S. Mueller III, and the F.B.I. relieve them of all promises they made to him in the plea agreement reached in mid-September, investigators wrote in the filing.

A jury in Northern Virginia convicted Mr. Manafort, 69, of eight counts of financial fraud in August stemming from his work as a political consultant in Ukraine. Faced with a second trial in the District of Columbia on related charges in September, he pleaded guilty to two conspiracy counts and to an open-ended arrangement requiring him to answer “fully, truthfully, completely and forthrightly” questions about “any and all matters” of interest to the government.

Without a motion from prosecutors asking for leniency, Mr. Manafort is expected to face a prison term of at least 10 years for his crimes. He is scheduled to be sentenced in the Northern Virginia case on Feb. 8.

BREAKING: Paul Manafort LIED to FBI and special counsel’s office “on a variety of subject matters” after pleading guilty.

Prosecutors want to move him to sentencing.

Plea deal/cooperation has been “breached,” they say, according to new court filing.

So Manafort is pretty clearly throwing the pardon Hail Mary now, I guess.

Mark my words: Trump witness-tampered with Manafort directly/indirectly. Manafort had nothing to lose by cooperating with Mueller—only gain—and Mueller was asking him about Trump, and Manafort lied. So he was expecting a pardon. Which means somebody let him think it could happen.