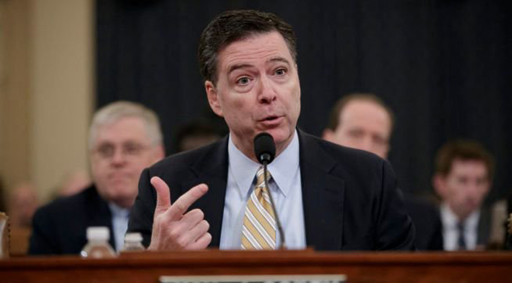 According to ABC News, former FBI Director James Comey does not plan to accuse President Trump of obstructing justice during his upcoming testimony before the Senate Intelligence Committee on Thursday.

Although Comey has told associates he will not accuse the President of obstructing justice, he will dispute the president’s contention that Comey told him three times he is not under investigation.

The president allegedly said he hoped Comey would drop the Flynn investigation, a request that concerned Comey enough that he documented the conversation in a memo shortly after speaking with the president. In the memo, according to sources close to Comey who reviewed it, Trump said: “I hope you can see your way clear to letting this go, to letting Flynn go,” during a February meeting.

The request made Comey uncomfortable, but the source tells ABC News that Comey has told associates he will not accuse the President of obstructing justice.

“He is not going to Congress to make accusations about the President’s intent, instead he’s there to share his concerns,” the source said, and tell the committee “what made him uneasy” and why he felt a need to write the memo documenting the conversation.