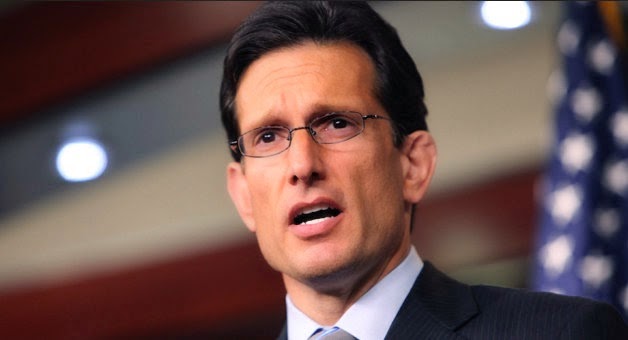 Former House Majority Leader Eric Cantor has not only announced resigned his GOP leadership position. Today he announced his resignation from Congress – effective August 18th – and he’s getting the hell outta Dodge:

Cantor said he has asked Gov. Terry McAuliffe to call a special election for his district that coincides with the general election on Nov. 4.

By having a special election in November, the winner would take office immediately, rather than in January with the next Congress. “That way he will also have seniority, and that will help the interests of my constituents (because) he can be there in that consequential lame-duck session,” Cantor said.

Cantor’s resignation marks the end of a successful 14-year congressional run that included his role as House majority leader for more than three years and the prospect of becoming the next speaker of the House.

Cantor had not faced a close challenge since he was first elected in 2000. But Dave Brat, an economics professor from Henrico County, toppled the incumbent in a Republican primary on June 10.