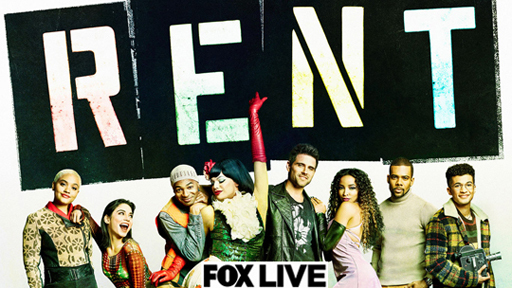 One of the lead actors for tonight’s live presentation of the hit Broadway musical RENT on Fox TV sprained his ankle yesterday during the final dress rehearsal.

But, as the saying goes, the show must go on.

Brennin Hunt, who plays one of the male leads, Roger, injured his ankle during the last ‘commercial break’ of the run-through on Saturday.

Update: US Weekly is reporting the injury as a broken ankle.

He did take part in the final 15 minutes of the show, but was described as ‘crestfallen’ over the injury.

Producers say Hunt will participate in the presentation tonight, albeit with some modifications.

According to The Hollywood Reporter,  Fox TV records the final dress rehearsals of their live musicals.

Fox may choose to drop in some recorded segments for the more athletic moments in Hunt’s show where he’s staged to run and jump up and down stairs, etc…

Rent: Live director Alex Rudzinski told reporters, “I think on Grease we lost sound for eight seconds and we switched. I think we had to switch to the backup for eight seconds, and no one noticed.”

The show will go on tonight starting at 8pm ET (PT tape delayed). Check out the cast of RENT Live rehearsing the Act Two opener, “Seasons of Love.”