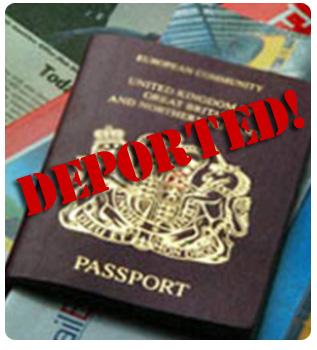 Deportations in the fiscal year ending Sept. 30 were up 4,044 from the year before.

The Obama administration has stepped up arrests and deportations of those convicted of crimes. The strategy is a departure from immigration policies of President Barack Obama’s predecessor, George W. Bush, who emphasized raids on businesses suspected of hiring illegal immigrants.

“We are making progress, with more convicted criminals, recent border crossers, egregious immigration law violators and immigration fugitives being removed from the country than ever before,” said John Morton, director of the immigration and customs agency, in a statement today.

The Obama administration decided in September to extend the deployment of 1,200 National Guard troops on the U.S.-Mexico border through the end of the year, at a cost of about $10 million a month.