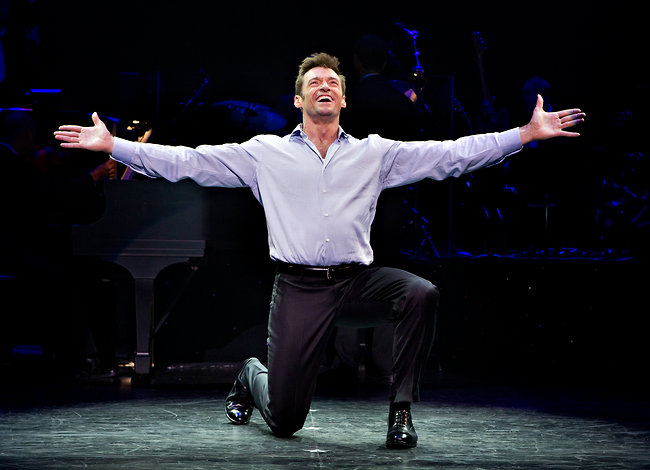 NY Post: “No matter your age, gender or sexual orientation, the Australian star will melt you into a puddle of blissed-out goo. It’s called mega-wattage charisma, and they don’t teach it in school.”

NY Times: “The impossibly talented, impossibly energetic Mr. Jackman is a glorious dinosaur among live entertainers of the 21st century: an honest-to-gosh old-fashioned matinee idol who connects to his audiences without a hint of contempt for them or for himself. A movie star with a major action franchise (as Wolverine in the “X-Men” series), Mr. Jackman says he’s happiest as a song-and-dance man, the kind who conducts mass flirtation with a wink, a wriggle, a firmly handled melody and maybe a cane and some tap shoes.”

NY Daily News: “A giddy love-in has taken over the Broadhurst Theatre, where “Hugh Jackman, Back on Broadway” opened last night for a limited run through Jan. 1. Singing and dancing, bumping and grinding, Jackman — known as Wolverine from movies and the Sexiest Man Alive from, well, look at him — is in top form performing his most beloved songs and his favorite role of Mr. Entertainer.”