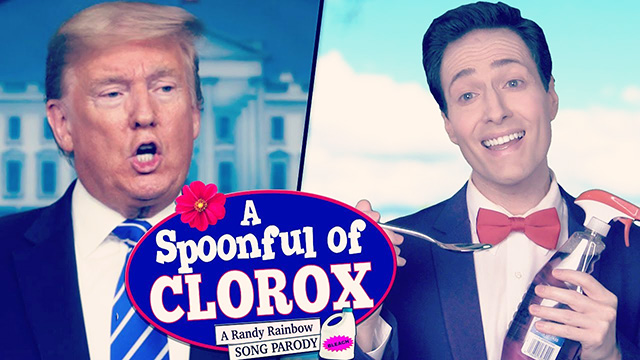 Political satirist Randy Rainbow is on top of his game as he releases his response to Donald Trump’s (non-sarcastic) suggestion that injecting patients with disinfectants might be a possible treatment.

Set to the tune of “A Spoonful Of Sugar,” from Disney’s 1964 classic, Mary Poppins, Rainbow’s clever lyrics are on point as usual.

Wikipedia notes that the tune’s lyricist, Robert Sherman, wrote the song after arriving home to find his children had received their polio vaccine, which was delivered in a sugar cube.