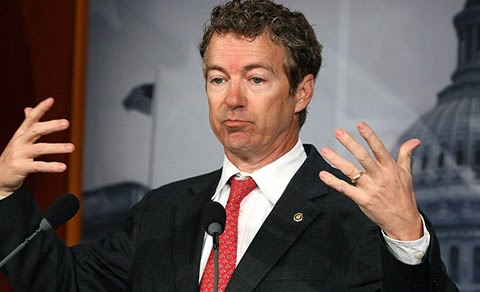 Sen Rand Paul did himself no favors when speaking to Politico recently about Hillary Clinton’s possible run for president in 2016.

“I think all the polls show if she does run, she’ll win the Democrat nomination. But I don’t think it’s for certain. It’s a very taxing undertaking to go through. It’s a rigorous physical ordeal, I think, to be able to campaign for the presidency.”

It’s not clear if Paul thinks women in their late 60s can’t handle the campaign trail, or if it’s just Democratic women, or if it’s just Hillary. Lately, Paul has been very aggressive about targeting the former secretary of state.

Even the folks over at Fox News thought the comment went too far.

Fox’s Neil Cavuto was critical of the attack on Clinton’s age, pointing out that she would be the same age as Reagan was on inauguration day, adding that the senator did his own potential GOP candidacy “damage with that condescending swipe.”

Even Paul’s father, former congressman Ron Paul, who ran for prez himself was 77 at the time.