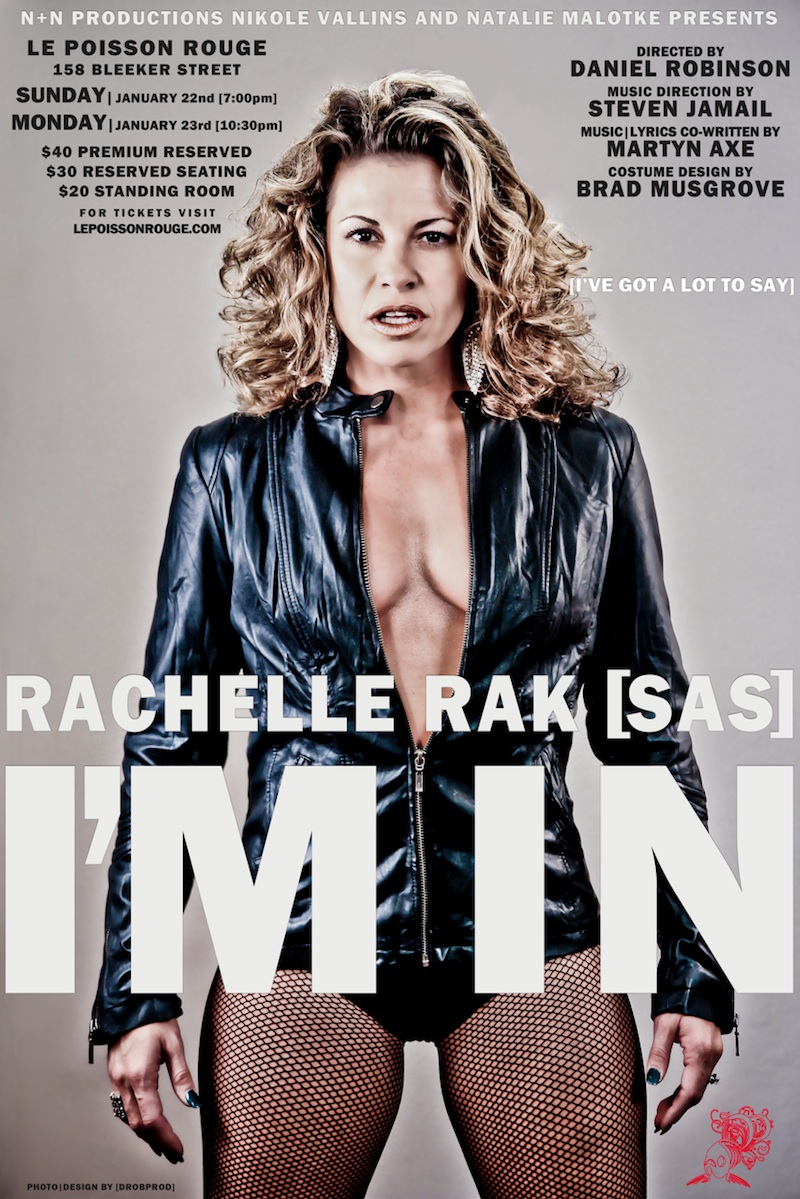 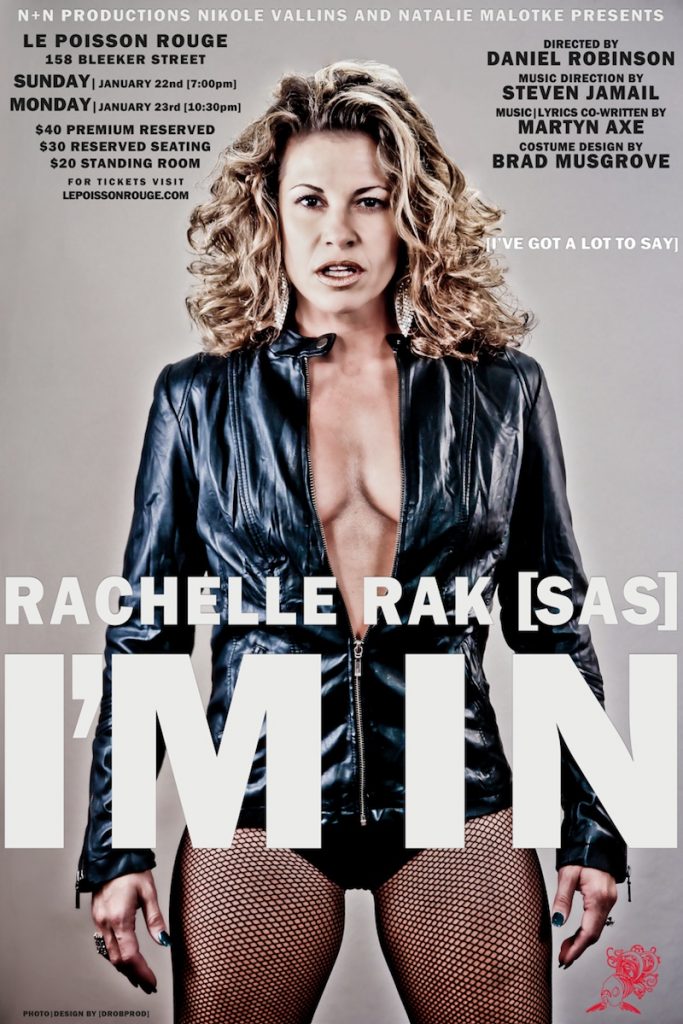 Rachelle Rak is the ultimate Broadway gypsy. After over twenty years on and off Broadway, Rachelle is now wrapping her indomitable talent, spirit and ‘sas’ around her own show – I’M IN.

Rachelle is known to NYC audiences as the “I Gotcha Girl” Fosse dancer, the ultimate Gypsy, a rock star and The Broadway Bares Diva. She holds no one title, but you can call her ‘Sas.’ With I’M IN, Rachelle shares her successes, struggles, heartaches and triumphs through a dynamic score of well-known classics and brand new original songs.

In speaking with Rachelle, she made it clear “this isn’t going to be ‘stand and sing. I call it an ‘event’ – ‘a night.’ You’re not going to come watch me go down memory lane.”

When asked where the title of the event comes from, Rachelle says “For years everyone’s been telling me that I’m “full out.” I remember being in rehearsals with Susan Stroman and she would say “mark” and then I’d do the number full-out. The other dancers would say “child, she said ‘mark'” and I’d say “I don’t know how to ‘mark’, you know?” And so it got to where I was like “People, I’m ‘in’ – whatever show I’m in, ‘I’m IN’ – all the way. No half-way. So if you can’t stand next to me, then move.”

The event will not only showcase Rachelle’s famous ‘sas’ but also touch on the darker sides of a Broadway actor’s life and the sometimes slow periods between Broadway shows.

“For five years I wasn’t in a Broadway show. I couldn’t get arrested. After (losing the role of Sheila) in the revival of A Chorus Line, it almost broke me and that’s when I realized my career was too important in my life. I started to value my worth with what show I was doing. Now I’m doing this for me. I’m a passionate creature. It’s what fuels me. That’s why “I’M IN.”

Rachelle emphasizes that “The ‘everybody gets a medal generation’ has passed. Can you take ‘no’ for an answer? If not, it’s time to toughen up and speak a new language. In her own special language, Rachelle says “it’s time to ‘sas’ it up with a dose of ‘cha cha pus’ – I’m IN, are you?”

Rachelle’s credits include  “Cats”, “Fosse”, “Thou Shalt Not”, “Oklahoma!”, “The Look of Love”, “Dirty Rotten Scoundrels”, “Catch Me if You Can”, “Sessions” and “An Evening at the Carlyle”.

I’ve personally known Rachelle for over 20 years and I can personally guarantee you she is a force of nature. GO SEE “I’M IN” – you’ll be glad you did. I promise you’ll walk out with a smile. And some sas.

Tickets are $40 for premium seating (limited availability) $30 for reserved seating, and $20 for general admission. Please visit lepoissonrouge.com to purchase tickets.