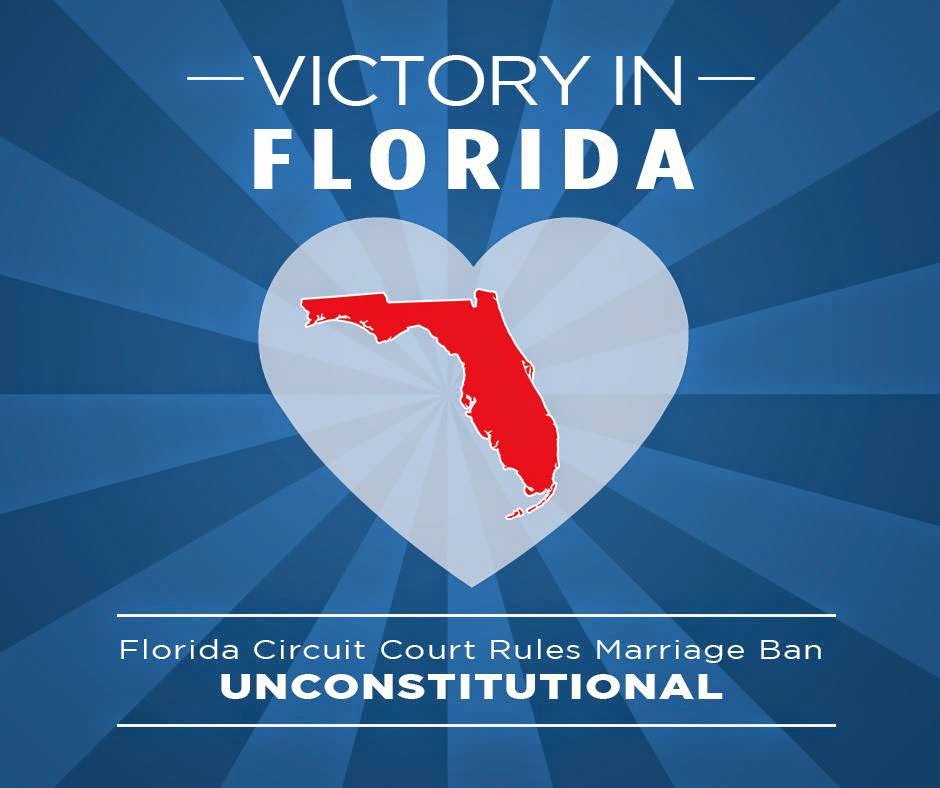 Judge Sarah Zabel of the Eleventh Judicial Circuit Court has struck down the state’s ban on same-sex marriage, making for the second ruling against the law within the span of two weeks.

The flood of cases that have come out since Windsor amply demonstrates this truth as not one court has found a same-sex marriage ban to be constitutional. As case after case has come out, unified in their well-reasoned constitutional condemnation of the deprivation of one class of person’s right to marry, the answer to the question of whether it is constitutionally permissible to deprive same-sex couples of the right to marry has become increasingly obvious: Of course it is not.

Preventing couples from marrying solely on the basis of their sexual orientation serves no governmental interest. It serves only to hurt, to discriminate, to deprive same-sex couples and their families of equal dignity, to label and treat them as second-class citizens, and to deem them unworthy of participation in one of the fundamental institutions of our society.

The journey of our Nation towards becoming “a more perfect Union” does not stop at any particular generation; it is instead a fluid process through every generation.

The Court, therefore, foresees a day when the term “same-sex marriage” is viewed in the same absurd vein as “separate but equal” and is thus forsaken and supplanted by ordinary “marriage.”

Florida’s same-sex marriage bans violate the Due Process and Equal Protection Clauses of the United States Constitution, and they also offend basic human dignity.
The Plaintiff’s Motion for Summary Judgment is therefore GRANTED.

The ruling is stayed “pending the outcome of expected appeals.”