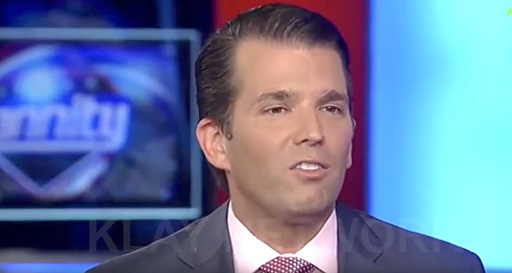 Rob Goldstone, the British publicist who was instrumental in setting up the now infamous meeting between Donald Trump Jr. and a Russian government lawyer, now says he used “hot-button language” to “puff up” his email to Trump Jr. in order to get him to respond.

“I should have listened to that little voice in my head. But I never thought in a million years that an email I wrote in about three minutes to Don Jr. would be examined by the world many times over. I just needed to get him to respond,” Goldstone told The Sunday Times in London.

Goldstone, a former tabloid journalist who is now living in Thailand, is the manager for Emin Agalarov, an Azerbaijani-Russian entertainment artist who has boasted of having a close relationship with President Trump.

“If I’m guilty of anything, and I hate the word guilty, it’s hyping the message and going the extra mile for my clients. Using hot-button language to puff up the information I had been given,” Goldstone said. “I didn’t make up the details, I just made them sound more interesting.”

Goldstone exchanged a series of emails with Trump Jr. in 2016 to set up a meeting with a Russian lawyer who was said to have damaging information on then-Democratic presidential candidate Hillary Clinton.

“If it’s what you say I love it especially later in the summer,” Trump Jr. responded to Goldstone, regarding the meeting.