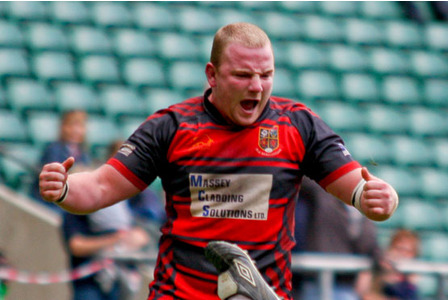 Old Redcliffians captain Jed Hooper has become the first Combination player to publicly announce that he is gay.

Jed Hooper, the 22-year-old back row forward for the Old Redcliffians, came out to family and friends earlier this year.

The decision, he said, was still far from easy. “I met someone earlier this year who said he could not be with someone who was in the closet. That, basically, was the catalyst that I needed.

Even with that knowledge, though, Hooper still agonised over what he knew he had to do. “I was never going to do it bit by bit, that would have been too drawn out, so I decided to text everyone and also put it on Facebook.

“I was horribly nervous. I wrote and rewrote the text four or five times, and I had my finger on the ‘send’ button for ages before I finally pushed it.

“The text basically said something along the lines that ‘I’ve been hiding it and fighting it for too long, and I can’t hide any more. If you can accept me this way then great … and if you can’t then I don’t need you and you can get lost!’

“I then cried my eyes out as I was thinking to myself ‘what have you done?, but very quickly I must have had 40 replies and all of them were positive.”

Instantly, Hooper added, there were feelings of relief. “A massive weight came off my shoulders. If I couldn’t accept myself the way I am, how could I expect my friends to?

“I said that if the club doesn’t want a gay man as its figurehead I would understand and step down. But he was brilliant and said ‘you’re our captain and this doesn’t change anything’. That support was massive to me.”

Reaction throughout the Bristol rugby community, in fact, has been overwhelmingly positive.

“If anyone is reading this and they’re in the same situation as me, all I want to say is don’t bottle things up because, trust me, there is light at the end of the tunnel. The world’s not against you. If my story can help one person then this has been worth it.”