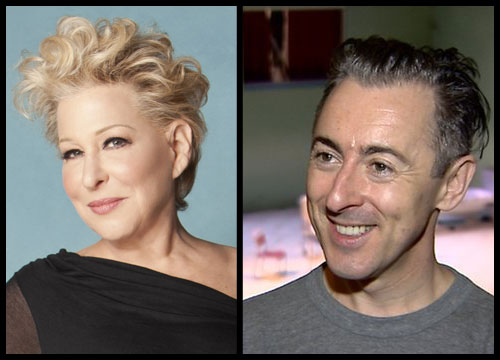 Earlier this week, the 2013 Tony nominations caused more vocal outrage than usual over snubbed productions.  Two sets of producers have decided how they are coping with the situation.

Producers of Bette Midler’s often sold-out return to Broadway, I’ll Eat You Last, have decided to rescind free ticket offers for Tony voters after not receiving any nominations this week. The producers for Alan Cumming’s Macbeth, which isn’t sold out,  have decided the same.

An 24-person committee decided who would be nominated for Tonys this season. And rescinding free tickets for those who choose the winners has happened before: Producers pulled back tickets for the 2012 revival of “Streetcar Named Desire” after it received only one Tony nomination, for best costume design, and producers of “The Graduate” (which starred Kathleen Turner and Alicia Silverstone) did the same after the play received no Tony nominations in 2002.

A spokesman for the producers of “I’ll Eat You Last” noted on Thursday that some Tony voters had received free tickets to the play before the nominations. “Once they were announced, and given that the show is a limited engagement, the producers elected to follow the precedent of shows from prior seasons and informed voters that tickets would be available at standard box office prices,” the spokesman said.

As for “Macbeth,” the play has been selling well but has had many empty seats in the mezzanine at some performances. The Tony voter tickets would have been for prime seats in the orchestra. The lead producer, Ken Davenport, said on Thursday that he was putting the interests of his investors first in pulling back tickets, as the show tries to recoup its capitalization of $2 million and turn a profit before its scheduled closing date of July 14.

“Because we only have 64 performances left and because of the high demand for prime orchestra seats, every single ticket is extremely important to our business model,” Mr. Davenport said. “To give away over 1600 seats would be to give away more than an entire house. And while I’d love every Tony voter to see the show now more than ever, without a potential for gain, it just doesn’t make fiscal sense.”