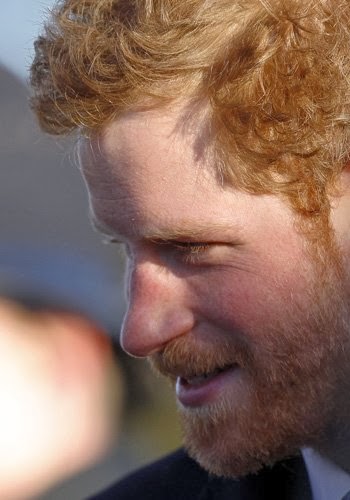 The Queen of England has apparently decreed that “Prince Hairy” return to his clean-shaven state of Prince Harry.

While he was allowed to keep the fur through the holidays so his girlfriend Cressida Bonas could enjoy, the Queen “strongly advises” her staff to not grow beards as she feels it look unkempt and not very professional.

According to a report in the Sunday Express by royal writer Phil Dampier, the Queen “soon let her displeasure be known” with Harry’s rugged new look and reportedly thinks it is difficult to enforce the no-beards rule when her own grandson has grown one.

And so, the royal “polar beard” must go.

I think he looks rather handsome with the fur.