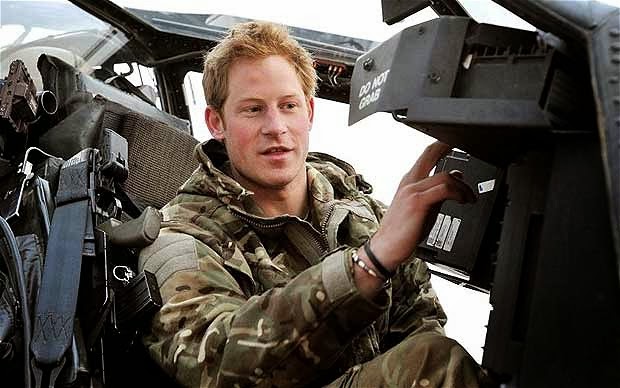 In Britain, Trooper James Wharton has written about his experiences alongside Prince Harry in his new book Out in the Army. In 2009, Wharton became the first homosexual soldier to appear on the front of the Armed Forces magazine.

Included in the book, Wharton describes an incident where Harry stood up to other members of the infantry for anti-gay behavior. From the Telegraph:

Trooper Wharton went to find the Prince and tearfully told him “I think I’m going to be murdered by the infantry,” the Mail on Sunday reported.

As he explained what had happened Harry had a “complete look of bewilderment” on his face and responded: “Right I’m going to sort this out once and for all.”

Moments later Trooper Wharton poked his head out of the tank to “see him having a go”.

“I could see he wasn’t holding back,” added Trooper Wharton, who was 21 at the time and has since left the forces.

Harry, a Troop Commander in the Blues and Royals, informed a senior officer of what was happening before assuring the soldier that it was “sorted”.

Trooper Wharton, who was on training in Canada with the Prince at the time of the 2008 incident, said: “I will always be grateful to Harry and I will never forget what happened. Until he went over and dealt with everything I was on track for a battering.”