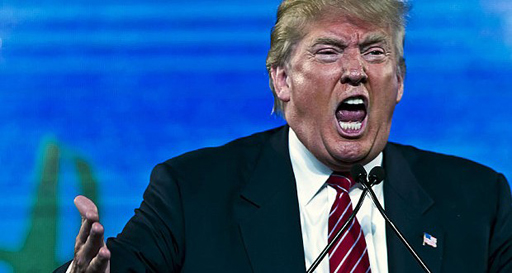 According to Gallup, patriotism among Americans has dropped to its lowest level in the 18 years the polling company has been tracking the issue.

This Fourth of July marks a low point in U.S. patriotism. For the first time in Gallup’s 18-year history asking U.S. adults how proud they are to be Americans, fewer than a majority say they are “extremely proud.” Currently, 47% describe themselves this way, down from 51% in 2017 and well below the peak of 70% in 2003.

The latest results are based on a June 1-13 poll. When Gallup first asked the question in 2001, 55% of Americans said they were extremely proud. After the 9/11 terror attacks caused the public to rally around the nation and its leaders, the percentage expressing extreme pride in the country increased to 65%, and went up further to 70% less than two years later.

By 2005, about the time George W. Bush was set to begin his second term in office and the U.S. was going on its second year of military involvement in Iraq, the percentage extremely proud to be Americans fell to 61%. It held in the high 50% range between 2006 and 2013, but has fallen at least marginally each year since 2015, about the time the 2016 presidential campaign was getting underway. 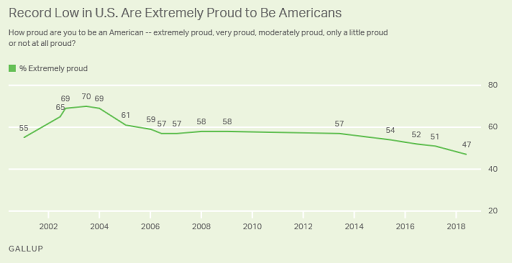