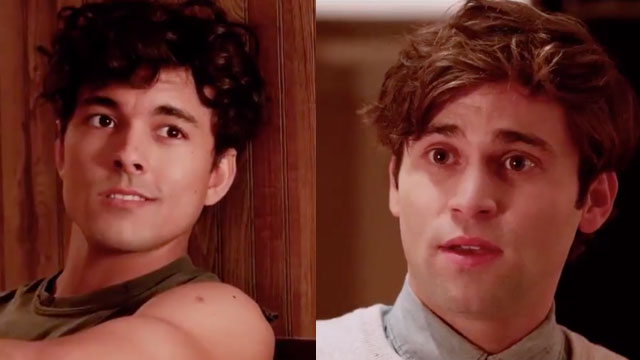 The allure of romantic comedies is that we could possibly see ourselves in these over-the-top but hopelessly romantic situations.

The problem for LGBTQ folks is we’ve not seen much of our own stories presented in many past rom-coms.

Freeform TV (formerly ABC Family) will offer their contribution in changing that entertainment landscape when The Thing About Harry, a gay-themed Valentine’s Day flick, premieres on Freeform in February.

The film is directed and co-written by former Queer As Folk star Peter Paige, who also created the network’s successful The Fosters series.

For whatever reason, Sam ends up traveling with Harry, a former jock and social enemy who’s not only heading home but towards some serious self-discovery.

In the newly-released preview, Harry comes clean as to why he spent so much time and effort taunting Sam in high school. I’m pretty sure a lot of us can relate to this moment.

Also featured in the film are Queer Eye star Karamo Brown as Paul, described as an “overbearing and pretentious gay man,” so there’s type-casting involved.

“It’s been an honor to partner with Freeform in making great television with LGBTQ+ characters as leads. True equality can only be achieved when you see yourself reflected in the movies, music and stories that paint our culture,” said executive producers Paige, Greg Gugliotta and F.J. Denny in a joint statement.

“As young gay men in the ’90s, whenever a rom-com opened, we would watch the leading lady fall in love, and imagine what it would be like if the boy was saying all those things to another boy,” they added. “We’ve always wanted to make a movie — an unabashedly romantic comedy — that queer boys wouldn’t have to translate. It’s rewarding to take the genre to a new, all-inclusive level.”

I just got to watch a cut of #TheThingAboutHarry & I’m FREAKING OUT about how good this movie is gonna be! @ThePeterPaige you’ve changed the way I view myself as a member of the queer community & I can’t tell you what a gift this film is to me & everyone who’ll get to watch it.

The Thing About Harry premieres Saturday, February 15 at 8p/7c on Freeform. 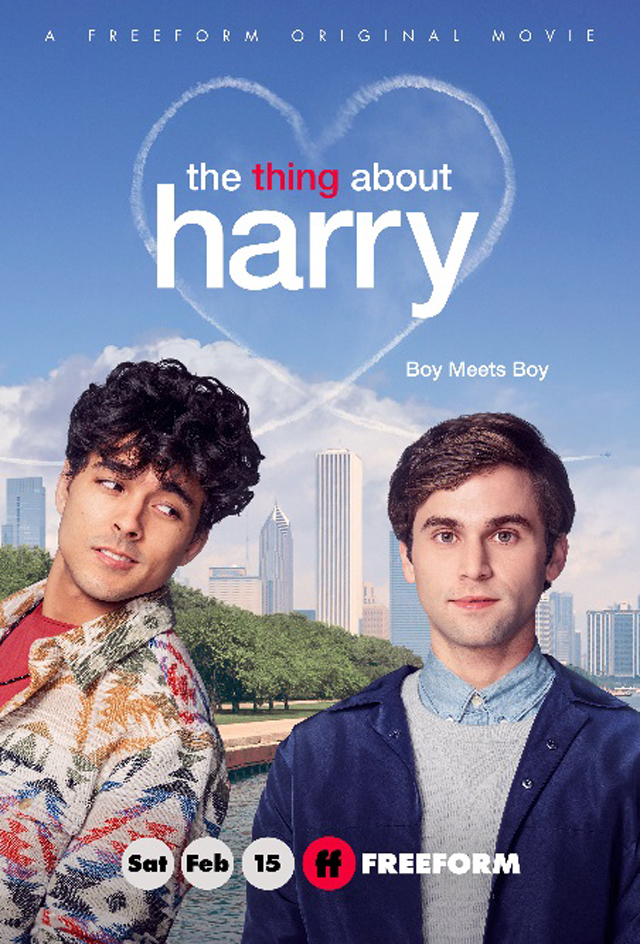