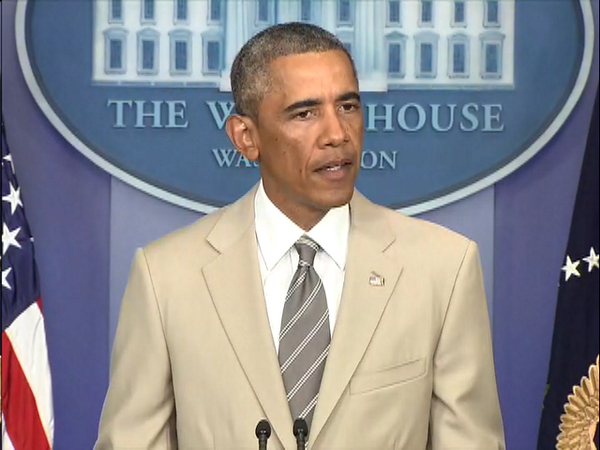 Apparently, the world was rocked by the fact that President Obama appeared at a press conference in a tan suit.  In fact, the tan suit gained it’s own hashtag (#tansuit) and Twitter handle.

Just a sample of tweets below:

Peter King said Obama "looked like he was on his way to a party in the Hamptons." Not without getting that tan suit tailored first, he's not— Josh Barro (@jbarro) August 29, 2014

Would Twitter have simply imploded if Obama came out in a seersucker suit?
— Chris Cillizza (@TheFix) August 28, 2014