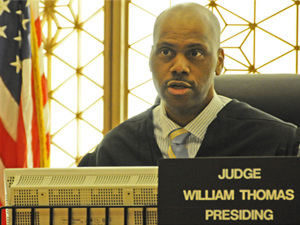 Thomas is the first out LGBT black judge to be nominated by Obama, but, if approved by the Senate, he would be the second out LGBT black judge. The first, Judge Deborah Batts, also was the first out LGBT federal judge. She was nominated by President Clinton and sat on the Southern District of New York bench. She took “senior status,” a near retirement, earlier this year. It is unlikely, due to the time nominations take to proceed in the current Congress, that Thomas, currently a state-court judge in Florida, would see a vote on his nomination in this Congress.