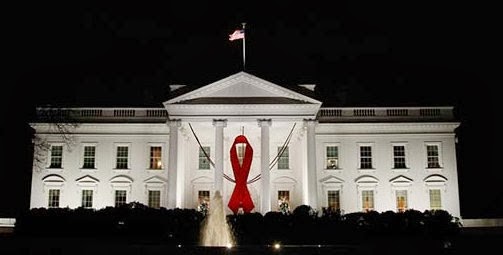 Each year on World AIDS Day, we come together as a global community to fight a devastating pandemic. We remember the friends and loved ones we have lost, stand with the estimated 35 million people living with HIV/AIDS, and renew our commitment to preventing the spread of this virus at home and abroad. If we channel our energy and compassion into science-based results, an AIDS-free generation is within our reach.

My Administration released the first comprehensive National HIV/AIDS Strategy in 2010. Since then, we have made significant progress in strengthening scientific investments, expanding effective HIV/AIDS education and prevention, and connecting stakeholders in both the public and private sectors. At the same time, advances in our scientific understanding have allowed us to better fight this disease. We know now that by focusing on early detection and treatment, we can both prevent long-term complications and reduce transmission rates. To build on this progress, I issued an Executive Order in July establishing the HIV Care Continuum Initiative, which addresses the gaps in care and prevention, especially among communities with the greatest HIV burden. And this November, I signed the HIV Organ Policy Equity Act, lifting the ban on research into the possibility of organ transplants between people with HIV.

My Administration remains committed to reducing the stigma and disparities that fuel this epidemic. Beginning in 2014, the Affordable Care Act will require health insurance plans to cover HIV testing without any additional out-of-pocket costs. It will also prohibit discrimination based on HIV status and eliminate annual benefit caps. Under this law, we have already expanded Medicaid for working class Americans and banned lifetime limits on insurance coverage.

Our work to end HIV extends far beyond our borders. This is a global fight, and America continues to lead. The United States has provided HIV prevention, treatment, and care to millions around the world, helping to dramatically reduce new infections and AIDS-related deaths. This year we celebrate the 10th anniversary of the President’s Emergency Plan for AIDS Relief (PEPFAR), a powerful bipartisan effort to turn the tide on this epidemic. Through PEPFAR, we are making strong global progress and are on track to achieve the ambitious HIV treatment and prevention targets I set on World AIDS Day in 2011. Because country ownership and shared responsibility are vital to a2 strong and sustained global response, we launched PEPFAR Country Health Partnerships, an initiative that will empower our partner countries as they progress toward an AIDS-free generation. In the next few days, my Administration will host the Global Fund to Fight AIDS, Tuberculosis and Malaria’s Replenishment Conference to enlist new partners, leverage American funding, and increase our collective impact against these diseases. With continued United States leadership, strong partners, and shared responsibility, we can realize this historic opportunity.

We will win this battle, but it is not over yet. In memory of the loved ones we have lost and on behalf of our family members, friends, and fellow citizens of the world battling HIV/AIDS, we resolve to carry on the fight and end stigma and discrimination toward people living with this disease. At this pivotal moment, let us work together to bring this pandemic to an end.

NOW, THEREFORE, I, BARACK OBAMA, President of the United States of America, by virtue of the authority vested in me by the Constitution and the laws of the United States do hereby proclaim December 1, 2013, as World AIDS Day. I urge the Governors of the States and the Commonwealth of Puerto Rico, officials of the other territories subject to the jurisdiction of the United States, and the American people to join me in appropriate activities to remember those who have lost their lives to AIDS and to provide support and comfort to those living with this disease.

IN WITNESS WHEREOF, I have hereunto set my hand this twenty-seventh day of November, in the year of our Lord two thousand thirteen, and of the Independence of the United States of America the two hundred and thirty-eighth.