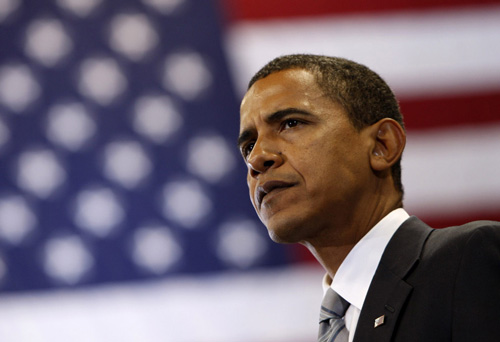 President Obama issued a statement today saying Uganda’s continuing steps to criminalize the LGBT community in that country is becoming more and more of a threat to the two country’s political relationship.

On Friday, a spokesman for the Ugandan president signaled that President Yoweri Museveni was likely to sign a bill that would punish the “the promotion or recognition” of same-sex relations with as much as life in prison.

As written, the law would dictate a 14 year prison sentence for first time “offenders.” Subsequent convictions could lead to life in prison.

“As a country and a people, the United States has consistently stood for the protection of fundamental freedoms and universal human rights. We believe that people everywhere should be treated equally, with dignity and respect, and that they should have the opportunity to reach their fullest potential, no matter who they are or whom they love.

“That is why I am so deeply disappointed that Uganda will shortly enact legislation that would criminalize homosexuality. The Anti-Homosexuality Bill in Uganda, once law, will be more than an affront and a danger to the gay community in Uganda. It will be a step backward for all Ugandans and reflect poorly on Uganda’s commitment to protecting the human rights of its people. It also will mark a serious setback for all those around the world who share a commitment to freedom, justice and equal rights.

“As we have conveyed to President Museveni, enacting this legislation will complicate our valued relationship with Uganda. At a time when, tragically, we are seeing an increase in reports of violence and harassment targeting members of the LGBT community from Russia to Nigeria, I salute all those in Uganda and around the world who remain committed to respecting the human rights and fundamental human dignity of all persons.”

Through a series of tweets, national security adviser Susan Rice said she had spoken to the Ugandan president and shared President Obama’s concerns.