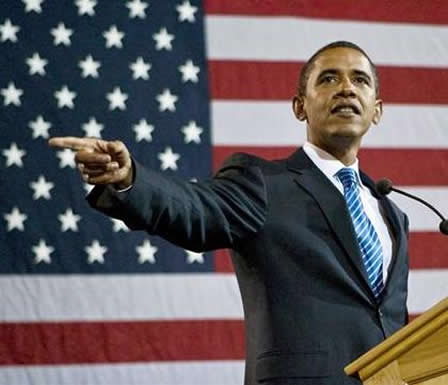 President Obama has released a proclamation for LGBT Pride Month in which he covers his achievements for the LGBT community since taking office, including the Matthew Shepard Hate Crimes Act, legislation toward repealing “Don’t Ask, Don’t Tell”, and implementing executive branch nondiscrimination policies. Obama also discusses his administration’s work to combat bullying, and fight AIDS.

BY THE PRESIDENT OF THE UNITED STATES OF AMERICA

The story of America’s Lesbian, Gay, Bisexual, and Transgender (LGBT) community is the story of our fathers and sons, our mothers and daughters, and our friends and neighbors who continue the task of making our country a more perfect Union. It is a story about the struggle to realize the great American promise that all people can live with dignity and fairness under the law. Each June, we commemorate the courageous individuals who have fought to achieve this promise for LGBT Americans, and we rededicate ourselves to the pursuit of equal rights for all, regardless of sexual orientation or gender identity.

Since taking office, my Administration has made significant progress towards achieving equality for LGBT Americans. Last December, I was proud to sign the repeal of the discriminatory “Don’t Ask, Don’t Tell” policy. With this repeal, gay and lesbian Americans will be able to serve openly in our Armed Forces for the first time in our Nation’s history. Our national security will be strengthened and the heroic contributions these Americans make to our military, and have made throughout our history, will be fully recognized.

My Administration has also taken steps to eliminate discrimination against LGBT Americans in Federal housing programs and to give LGBT Americans the right to visit their loved ones in the hospital. We have made clear through executive branch nondiscrimination policies that discrimination on the basis of gender identity in the Federal workplace will not be tolerated. I have continued to nominate and appoint highly qualified, openly LGBT individuals to executive branch and judicial positions. Because we recognize that LGBT rights are human rights, my Administration stands with advocates of equality around the world in leading the fight against pernicious laws targeting LGBT persons and malicious attempts to exclude LGBT organizations from full participation in the international system. We led a global campaign to ensure “sexual orientation” was included in the United Nations resolution on extrajudicial execution — the only United Nations resolution that specifically mentions LGBT people — to send the unequivocal message that no matter where it occurs, state-sanctioned killing of gays and lesbians is indefensible. No one should be harmed because of who they are or who they love, and my Administration has mobilized unprecedented public commitments from countries around the world to join in the fight against hate and homophobia.

At home, we are working to address and eliminate violence against LGBT individuals through our enforcement and implementation of the Matthew Shepard and James Byrd, Jr. Hate Crimes Prevention Act. We are also working to reduce the threat of bullying against young people, including LGBT youth. My Administration is actively engaged with educators and community leaders across America to reduce violence and discrimination in schools. To help dispel the myth that bullying is a harmless or inevitable part of growing up, the First Lady and I hosted the first White House Conference on Bullying Prevention in March. Many senior Administration officials have also joined me in reaching out to LGBT youth who have been bullied by recording “It Gets Better” video messages to assure them they are not alone.

This month also marks the 30th anniversary of the emergence of the HIV/AIDS epidemic, which has had a profound impact on the LGBT community. Though we have made strides in combating this devastating disease, more work remains to be done, and I am committed to expanding access to HIV/AIDS prevention and care. Last year, I announced the first comprehensive National HIV/AIDS Strategy for the United States. This strategy focuses on combinations of evidence-based approaches to decrease new HIV infections in high risk communities, improve care for people living with HIV/AIDS, and reduce health disparities. My Administration also increased domestic HIV/AIDS funding to support the Ryan White HIV/AIDS Program and HIV prevention, and to invest in HIV/AIDS-related research. However, government cannot take on this disease alone. This landmark anniversary is an opportunity for the LGBT community and allies to recommit to raising awareness about HIV/AIDS and continuing the fight against this deadly pandemic.

Every generation of Americans has brought our Nation closer to fulfilling its promise of equality. While progress has taken time, our achievements in advancing the rights of LGBT Americans remind us that history is on our side, and that the American people will never stop striving toward liberty and justice for all.

NOW, THEREFORE, I, BARACK OBAMA, President of the United States of America, by virtue of the authority vested in me by the Constitution and the laws of the United States, do hereby proclaim June 2011 as Lesbian, Gay, Bisexual, and Transgender Pride Month. I call upon the people of the United States to eliminate prejudice everywhere it exists, and to celebrate the great diversity of the American people.

IN WITNESS WHEREOF, I have hereunto set my hand this thirty-first day of May, in the year of our Lord two thousand eleven, and of the Independence of the United States of America the two hundred and thirty-fifth.