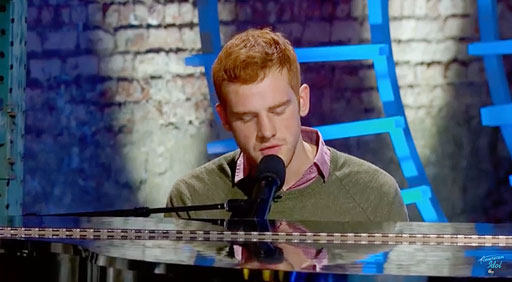 For contestant Jeremiah Lloyd Harmon, being the last audition of the day for American Idol judges Katy Perry, Lionel Richie and Luke Bryan, turned out to be a case of ‘saved the best for last.”

Harmon, the openly gay son of a Catonsville pastor, shared with the judges that he works in his dad’s church as a janitor.

Harmon remembers singing for the first time at four years-old, and that he enjoys his work at the church because “It’s usually just me in the facility, so I’m singing all the time.”

“Just mopping away, doing the trash, wiping down all the toilets and stuff – just cleaning and singing,” he added. 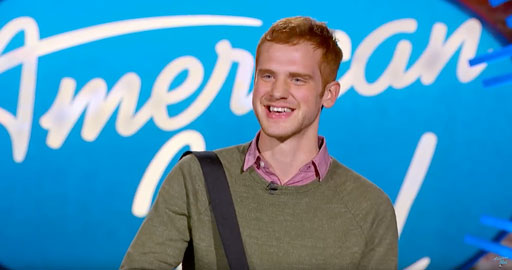 Perry instantly connected with Harmon as a “PK” – ‘pastor’s kid’ – saying, “I feel you, I know you.”

The 26-year-old told the judges he knew he was gay when he was nine years-old, and shares that growing up a “PK” he felt there were parts of him “that do belong, and certain parts of the that don’t belong.”

When he came out to his family three years ago, he was told “this is not a path that I should follow.”

“All of my religion has been stripped down to I love you no matter what,” he added.

He then sat down at the piano to perform an original song he wrote, titled “Almost Heaven,” which he explained was inspired by “questioning if there is a place for me and people like me in heaven.”

The judges were duly impressed.

“You need to lose the broom, my friend,” Richie said. “When you opened your mouth and started singing, I went straight to Billy Joel. Then you kept singing and you passed Billy Joel.”

“Do you know how good you are?” Perry asked Harmon.

Needless to say, the possibly former-janitor is moving to next phase of the competition.

Local ABC news affiliate WMAR profiled Harmon before his American Idol appearance where he shared, “Music is my way of processing my emotional experiences, and my relationships.”