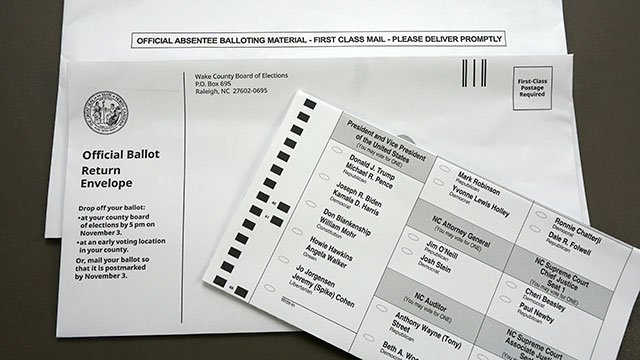 A postal worker in Pennsylvania who claimed that a postmaster in Erie told post office employees to backdate ballots received after Election Day has reportedly admitted he lied.

His claims have been spread by high ranking Republicans as evidence of “widespread voter fraud.” This was supposed to be the Republicans big “gotcha.”

A Pennsylvania postal worker whose claims have been cited by top Republicans as potential evidence of widespread voting irregularities admitted to U.S. Postal Service investigators that he fabricated the allegations, according to three officials briefed on the investigation and a statement from a House congressional committee.

Richard Hopkins’s claim that a postmaster in Erie, Pa., instructed postal workers to backdate ballots mailed after Election Day was cited by Sen. Lindsey O. Graham (R-S.C.) in a letter to the Justice Department calling for a federal investigation.

But on Monday, Hopkins, 32, told investigators from the U.S. Postal Service’s Office of Inspector General that the allegations were not true, and he signed an affidavit recanting his claims, according to officials who spoke on the condition of anonymity to describe an ongoing investigation.

The original allegations were reported last week by Project Veritas, an organization that has been caught spinning fiction into made-up ‘facts’ trying to demonize the mainstream media.

After being hailed as a hero among Trump supporters, a GoFundMe campaign was launched that raised over $135K for Hopkins – until the campaign was yanked down today in light of his reversal.

BREAKING NEWS: Erie, Pa. #USPS whistleblower completely RECANTED his allegations of a supervisor tampering with mail-in ballots after being questioned by investigators, according to IG.

#USPS IG investigators informed Committee staff today that they interviewed Hopkins on Friday, but that Hopkins RECANTED HIS ALLEGATIONS yesterday and did not explain why he signed a false affidavit.