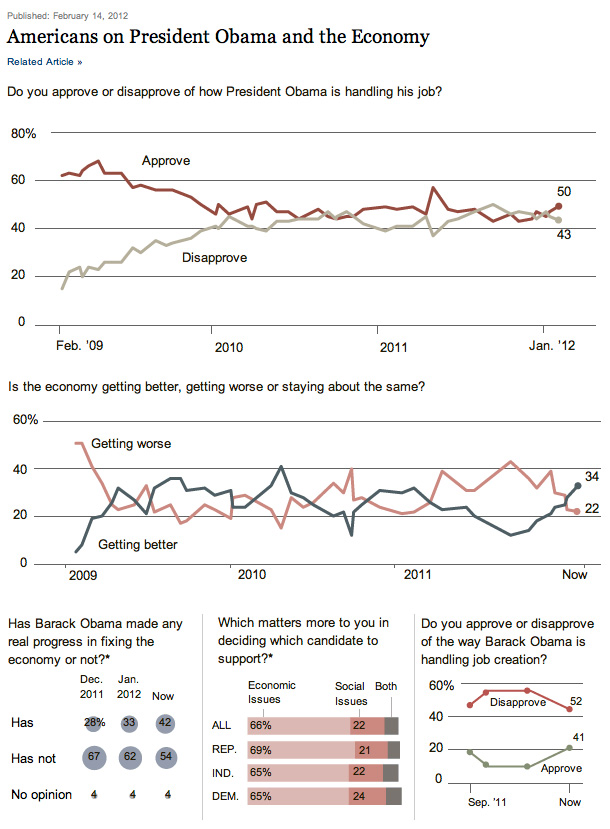 From the most recent CBS/New York Times poll: Things are slowly looking better not only for the economy but for President Obama.  Click the pic above to enlarge.

The breakdown basically is:

Looking ahead to November, the CNN/ORC poll indicates that the president’s re-election chances are on the rise.

His approval rating is at 50% in this poll as well.