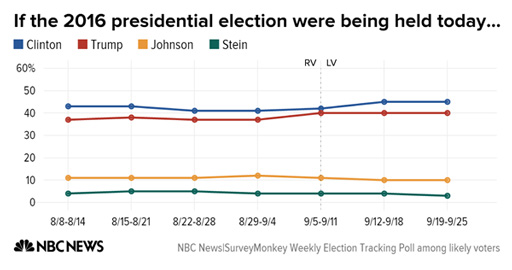 In a two-way match-up without the third-party candidates, Clinton has a 7-point advantage over Trump, 51 percent to 44 percent. The margin is up from 5 points last week among likely voters.

Pundits have posited today that typically the candidate who leads going into the first presidential debate tends to win the election.

Not sure how useful that info is in this topsy-turvy election year, but there you go. 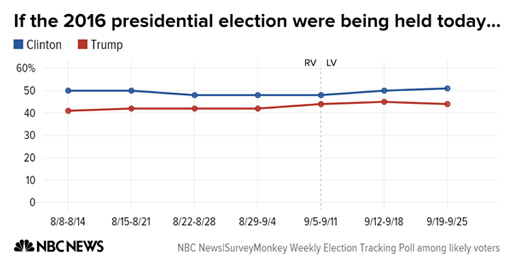