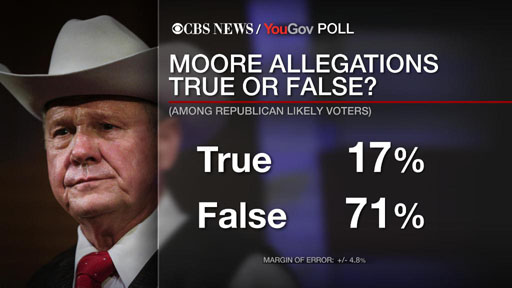 In the last month of the special election, several women have come forward saying Moore made inappropriate sexual advances towards them when they were teenagers. The youngest was 14.

More stats from the survey:

• Among all registered voters, the two candidates are tied indicating the winner will be decided by turnout

• Among Moore supporters, Donald Trump has a 96% approval rating

That said, it should not surprise you that Alabama currently ranks 47th in the U.S. in terms of education.