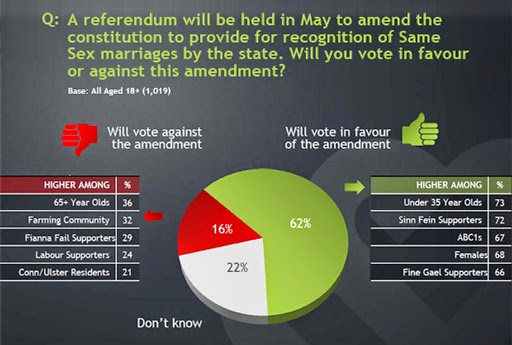 A new poll by Sunday Independent/Millward Brown shows 62% of voters in Ireland plan to vote in favor of marriage equality in May. Only 16% oppose legalizing same-sex marriage.

With such solid support, activists worry supporters will become complacent and assume the measure will pass.

One marriage equality activist had this to say: “The biggest threat is our supporters taking these figures as fact and bowing out of voting.”