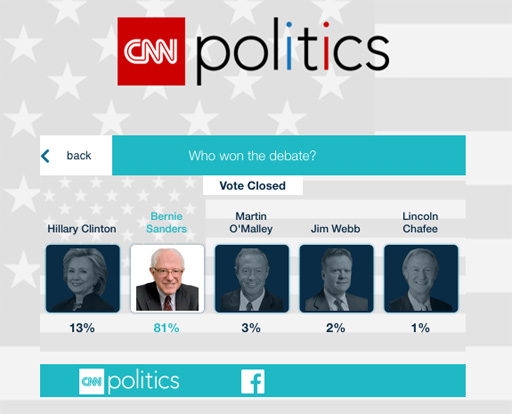 No, Bernie Sanders supporters – CNN did not delete a poll showing he won the first Democratic debate.

Although this story has run wild on the internet, PolitiFact has debunked this internet myth:

CNN’s digital team used a Facebook app to run live polls of users about what they thought of the debate as it was happening.

CNN anchor Don Lemon reported on the strong show of support for Sanders from CNN’s Facebook Lounge on debate night.

So not only did CNN not delete the poll, but the news channel also did not hide it.