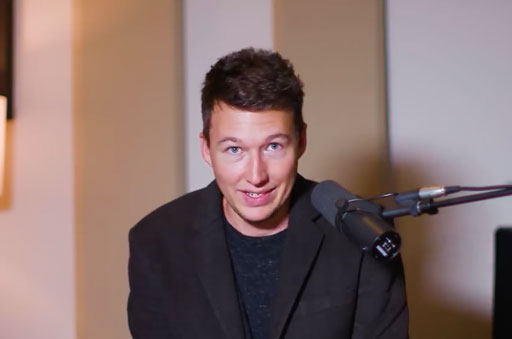 YouTube has since deleted the Aussie’s hate rant which probably has something to do with his “explanation” today.

Pogo now claims in a new video the whole bit was a bit of trolling to “grind the gears” of Internet folks who get triggered too easily.

“The things I said in this video I think have deserved the reception that the video has had. I love confusing people. Then I took it too far.”

“There is no pinch of salt big enough to be taken with what I have said. It’s all good and well for me to open a valve and to draw people out into the open – people I don’t like, you know, hypocrites etcetera, but I feel very strongly that it’s been very naive behavior on my part.

“If I’m going to tuck my tail between my legs and admit anything it’s that these posts and these videos and these things I’ve made for the sake of being edgy have not contributed to any productive conversation.”

He then confuses a bit by giving props to professional provocateur Milo Yiannopolous saying, “I like some of the things people like Milo Yiannopoulos say, but I don’t like the way he says them.”

Predictably, he eventually plays the “I can’t be homophobic because I have gay friends” card.

“Apparently I hate gay people,” says Pogo. “Many of my friends and supporters are gay. There is definitely a degree of irony.”

Pogo also shares in an accompanying note that empathy is “muddled” for him because he himself is “bicurious” and also says he has Aspergers and Bipolar disorder.

“I don’t hate gays. I am in fact bicurious myself, and it has not been easy within the culture I have been raised. The 2016 video circulating was a satirical sh*tpost made in bad tastes and I never intended for it go public. I have Asperger’s and Bipolar disorder so my sense of humour and empathy for people is often very muddled. It’s a condition I’ve struggled with for many years as an artist who feels passionately about things and who faces the public eye every hour of my life. The internet has taken the video very far out of context and proportion, but I am very sorry to the people who I the video has hurt or confused.”

I think someone got a talking to.

What do you think? Watch the “explanation” below.