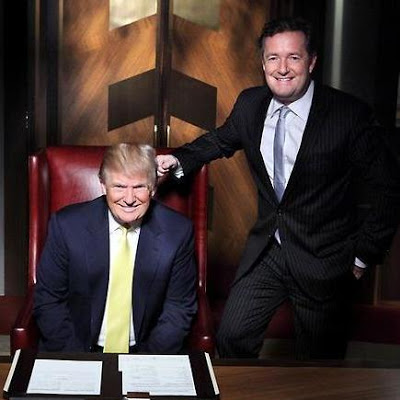 A White House source confirms to me that President Trump will be taping an interview with Piers Morgan in Davos on Wednesday.

Trump and Morgan are old pals, since Morgan won “Celebrity Apprentice” in 2008. The interview will air on ITV, where Morgan co-hosts “Good Morning Britain.” The Mirror is calling this the “first international TV interview” of Trump’s presidency: “ITV bosses are thrilled by the scoop… Morgan thinks it could be the biggest interview of his career…”