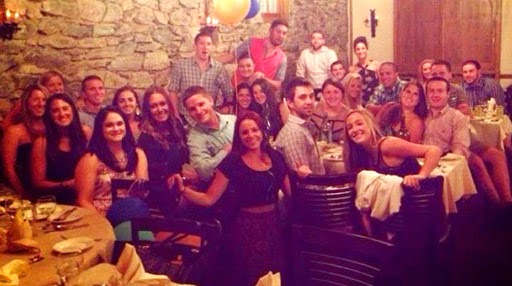 According to a source close to the current police investigation of the Center City gay bashing incident, arrests should happen this week and “people are going to get locked up.”

As of this morning, police had interviewed 18 possible suspects and witnesses.  One more key person of interest – “the girl in the middle of it all” – will be interviewed today.

The process has been time consuming as police want to make sure they “get it right,” and each interview takes at least four hours:

“We’ve had to schedule with the attorneys for all the different times for them to come in,” the source said. “But Monday morning as soon as the stores opened, we started working through the video and then we started the interviews. We want to make sure whoever threw a punch or whoever was part of this assault will be arrested. What happens with cases like this is that, if you rush it and don’t do a good job, they’ll start throwing out charges later on. These kids all have top-notch attorneys, so if our case isn’t put together on our end, they’re going to pick it apart. But we’ve put together a great case for the DA and we’ll be working in conjunction with the DA to bring the charges.”

“The stories have been pretty consistent so far,” the source said. “It looks like it started by either a bump or words being exchanged, and then punches were thrown. But not everyone in the crowd knew what was going on. People were kind of staggering, and some didn’t seem to realize the extent of the one guy’s injuries.”

The violent attack has renewed attention on the lack of hate crime laws with respect to crime on LGBT people.

In 2002, the state legislature had added sexual orientation to the hate crime laws, but it was later challenged and repealed on a technicality. State Rep. Brendan Boyle has introduced a bill to amend the current hate crime law to include LGBT citizens.