Many in Washington’s gay community are reeling from the death of Peter Fox, a well-liked local singer who died Monday after a short battle with central nervous system lymphoma.

Fox studied business and music at Pennsylvania State University and had been in Washington more than a decade where he’d worked several jobs. He worked full time as director of credentialing at the American Academy of HIV Medicine and in recent years had pursued a singing career that found him releasing an eponymous album, giving local performances at the Kennedy Center, Signature Theatre and more, and making charitable appearances for local gay causes. He was also a long-time member of the Gay Men’s Chorus of Washington and sang in its Potomac Fever ensemble.

Fox is survived by three brothers and a sister. He had a good relationship with his family and attested to it in a Washington Blade Pride-related coming out story he participated in last June.

“‘Wow, what’s that like,’ exclaimed my mom when I came out to her (and the rest of my family) in my early 20s,” Fox wrote. “Just the nature of her question to me describes their love for me and their trust that I am exactly who I am meant to be. I just don’t think my clan was genetically wired to feel as though I or they had done anything ‘wrong.’”

Read more at the Washington Blade 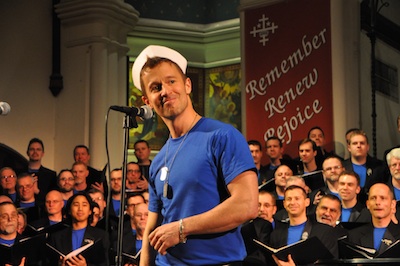