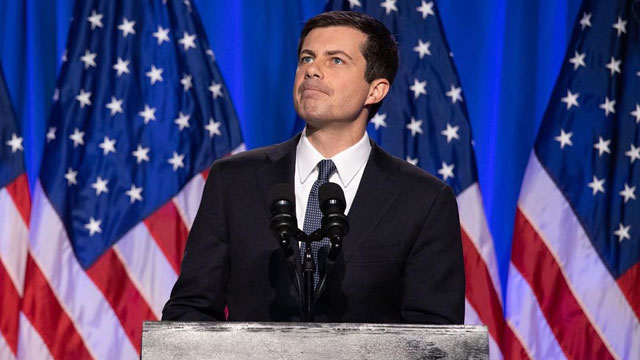 Democratic presidential hopeful Pete Buttigieg has picked up his first endorsement from a member of the Congressional Black Caucus as Rep. Anthony G. Brown (MD-4) announced his support today.

“I firmly believe that Pete Buttigieg is the guy to lead our nation after we defeat Donald Trump and have to pick up the pieces and repair the damage of the last four years,” Brown said in an interview. “He’s well-versed and studied and really diligent about the issues from a policy standpoint.”

As Buttigieg has vaulted to the top tier of the Democratic field, he has struggled to attract support from African American voters and leaders. Brown will serve as a national campaign co-chairman, the first endorser the campaign has named to that position.

Brown acknowledged Buttigieg has received criticism for how he has approached racial issues in South Bend, but he said Buttigieg has not shied away from the critiques.

“We all suffer criticism,” Brown said. “The question is, how well do you take that criticism and sort of transform it into an overall constructive approach to addressing the challenges that are being raised? And I think he is really good at that and is open to it.”

Brown — who represents Maryland’s 4th Congressional District, just outside Washington — has other connections with Buttigieg. Both attended Harvard University and both are military veterans.

Representative Anthony Brown (MD-4) is on #TeamPete because he trusts @PeteButtigieg to end the era of Donald Trump and begin the era that must come next.